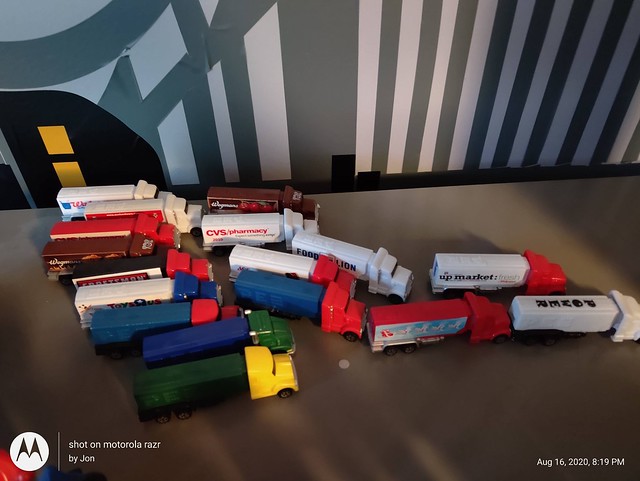 How long have you been collecting PEZ?
Three years
What was your first PEZ dispenser?
Pilot Garfield

How many PEZ are part of your collection?
602 (including a 300 piece Pilot Garfield Army)
What advice would you give to those looking to start collecting?
Start collecting and give your duplicates to friends. Start with one, then keep collecting. One won't be enough for very long.
What is your favorite thing about PEZ?
I like getting them from everywhere and collecting them.
If you would like to be a featured fan, submit your collection today at
pez.com/featuredfan
Share Share on Facebook Tweet Tweet on Twitter
Back to Featured Fans